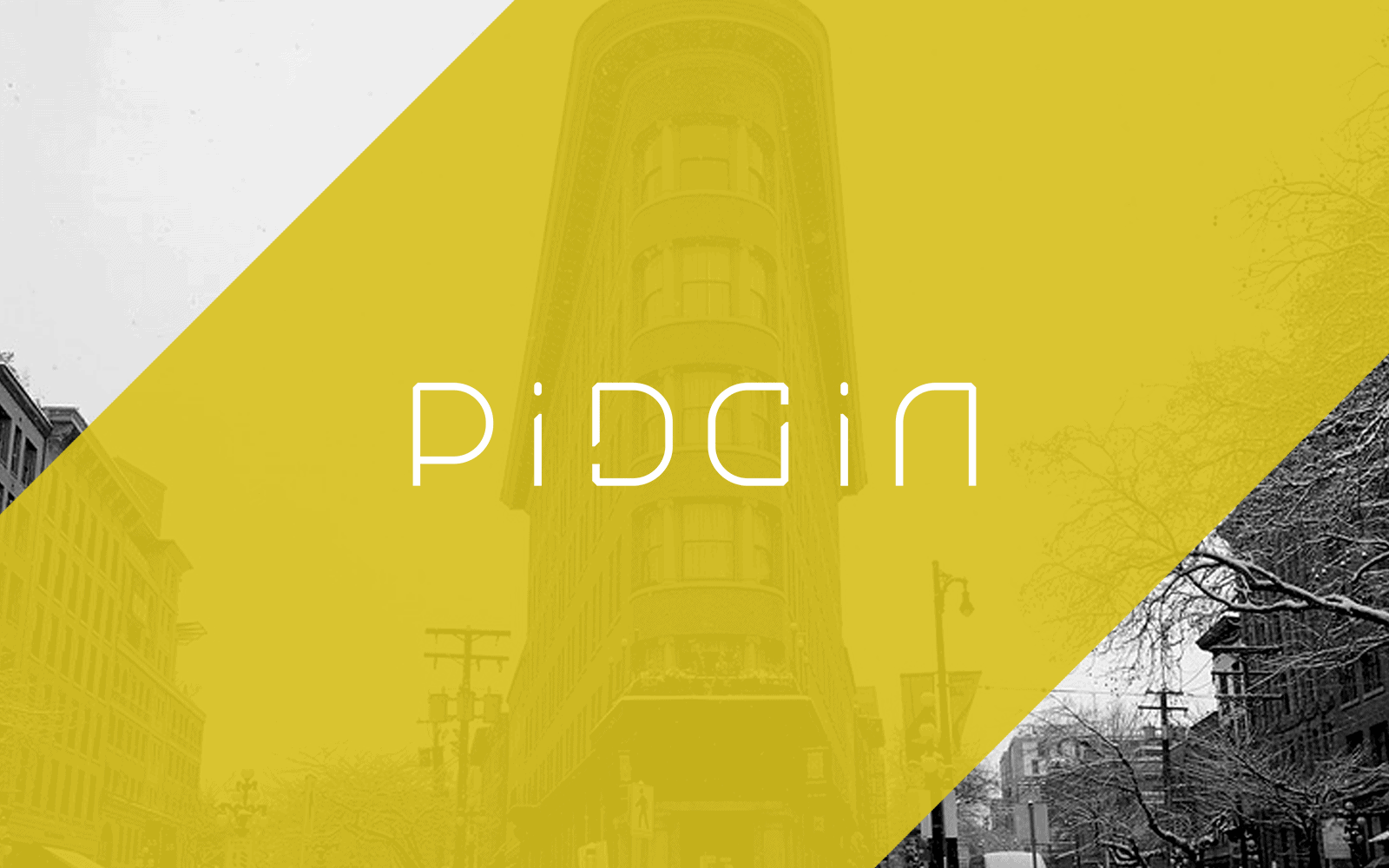 It takes courage and thoughtful intention to break new ground in the restaurant industry in Vancouver. Brandon Grossetti had a purpose for the Pigeon Park area of Vancouver’s Downtown Eastside. He envisioned an establishment that brought fine dining to an area that has seen many challenges in its history. This culminated in his breakthrough eatery called Pidgin, where various cultures and economic inclusions are brought together through food and action.

To design an identity that embodied the Pidgin concept, a Japanese/French fusion dining experience situated in Pigeon Park in downtown Vancouver.

The clean and modern identity illustrates the meaning of Pidgin as a language, the fusion of cuisines, and reflects the old world charm of the area versus new grassroots businesses seeking to revitalize the neighbourhood.

Foodies and restaurant patrons who enjoy the range of restaurants in and around Vancouver’s historic Gastown neighbourhood.

Our strategy was to use a custom type treatment to represent Pidgin as a language.
Wiki states: “pidgin language is a grammatically simplified means of communication that develops between two or more groups that do not have a language in common: typically, a mixture of simplified languages or a simplified primary language with other languages’ elements included.”
With this in mind, we strived to create a simple, easy to read logotype that included unified elements between each glyph, some being an exact copy which was then either mirrored or flipped. Inspired by ambigram-like detail, the D and G meet mid-point where the “two sides come together”, further evoking the deeper meaning.
The final solution was a mixed case logotype with a consistent rhythm and flow of personality that carries a depth of meaning. Now that you know about us,
let’s talk about you.

GOOD Design is
GOOD for everyone.

Helping uncover your potential through insightful design and effective communications, together.